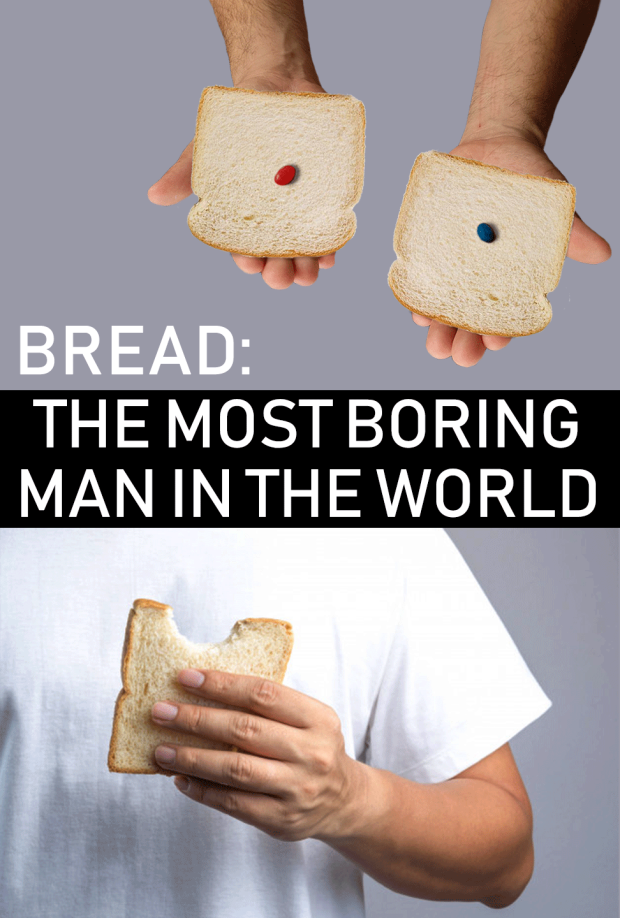 Take a moment and picture the most generic, dull, and utterly humdrum person that you can bother to imagine. Do you have a clear picture? Well, that person doesn’t hold an untoasted piece of white bread to Bread: The Most Boring Man in the World.

When the world depends on Bread to make anything but the most boring decision he somehow inexplicably, as if called by the God of Boredom itself, decides to intake another sitcom rerun. Fans of The Matrix will notice the subtle and constant homage of the red pill/blue pill scene that is featured heavily throughout the film.